Surf maps has become very popular in both CS:GO and Source. If you want to do a little surfing on your own, you will first need to set a few settings, otherwise you will not be able to surf properly. These settings will work both for Counter-Strike: Global Offensive and CS Source as well as CS 1.6. 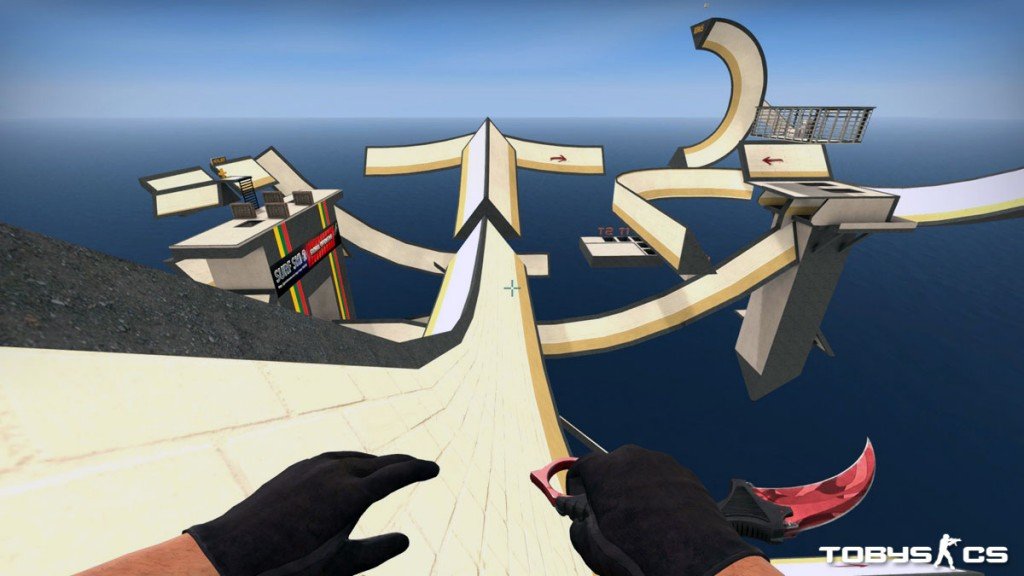 When you have downloaded a surf map, start the game and open the developer console (~). Once in the console, type in the following commands, which will change the settings.

You can also change the sv_airaccelerate based on what difficulty you would like.

I would not recommend settings the sv_accelerate above 10, it will make your strafing to exaggerated.

If the server adds bot, and you want to remove them, use the command “bot_kick” in the console.

I’m not 100% sure about this, but I recall you have to set the following settings (cvars):

If you have anything to add, please write it in the comments below.

Gear of the month